Library Browse HALF OF A YELLOW SUN 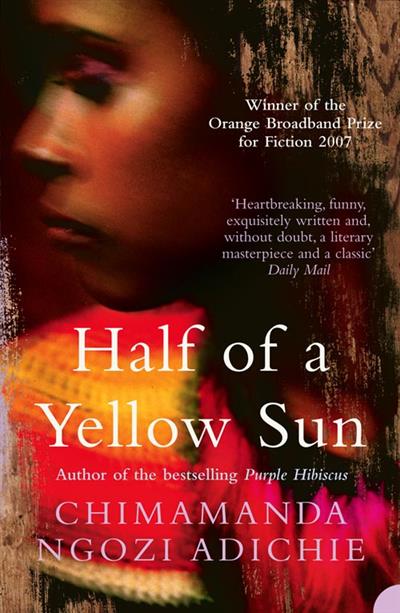 Half of a Yellow Sun

Loading...
WINNER OF THE BAILEYS PRIZE BEST OF THE BEST Winner of the Orange Broadband Prize for Fiction 2007, this is a heartbreaking, exquisitely written literary masterpiece Ugwu, a View more
Save for later

'Vividly written, thrumming with life...a remarkable novel. In its compassionate intelligence as in its capacity for intimate portraiture, this novel is a worthy successor to such twentieth-century cl... View more

Chimamanda Ngozi Adichie was born in Nigeria in 1977. Her first novel 'Purple Hibiscus' was published in 2003 and was longlisted for the Booker Prize. Her second novel 'Half of a Yellow Sun' won the 2007 Orange Prize for Fiction. Her short story collection, 'The Thing Around Your Neck', was published to critical acclaim in 2009. Her work has been selected by the Commonwealth Broadcasting Association and the BBC Short Story Awards, has appeared in various literary publications, including Zoetrope and The Iowa Review. She won a MacArthur 'genius' grant in 2009, and in 2010 appeared on the New Yorker's list of the best 20 writers under 40. Her third novel, 'Americanah', was published to widespread critical acclaim in 2013. She lives in Nigeria.
Close