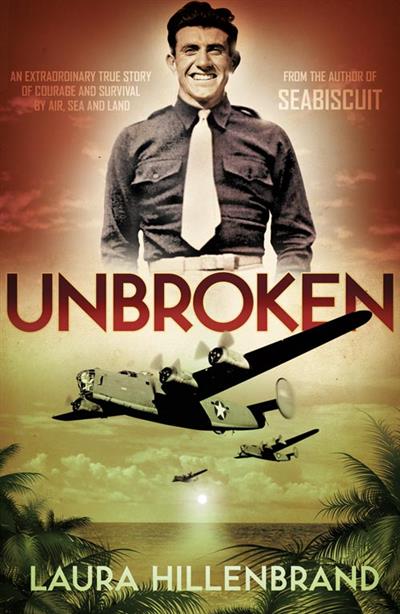 Loading...
The incredible true story of Louis Zamperini, now a major motion picture directed by Angelina Jolie. THE INTERNATIONAL NUMBER ONE BESTSELLER In 1943 a bomber crashes into the View more
Save for later

'The pages almost turn themselves. His tale is remarkable and his resilience inspiring.' Ben Macintyre 'An instant classic' Mail on Sunday 'One of the most remarkable survival tales... View more

Laura Hillenbrand is the author of the number one bestsellers Unbroken and Seabiscuit, which won the William Hill Sports Book of the Year and was a finalist for the National Book Critics Circle Award. The film it inspired was nominated for seven Academy Awards, including Best Picture. She served as a consultant on the Universal Pictures feature film based on Unbroken. Hillenbrand's New Yorker article, 'A Sudden Illness', won the 2004 National Magazine Award, and she is a two-time winner of the Eclipse Award. She and actor Gary Sinise co-founded Operation International Children, a charity that provided school supplies to children through American troops. She lives in Washington, D.C.
Close