Library Browse KINGDOM OF THE WICKE... 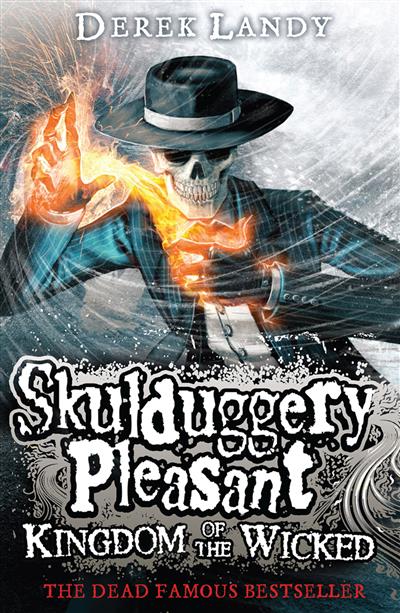 Kingdom of the Wicked...

Loading...
The seventh instalment in the biggest, funniest, most thrilling comedy-horror-adventure series in the universe... Magic is a disease. Across the land, normal people are View more
Save for later

Praise for Derek Landy: 'Landy [has the] ability to craft an engaging story from start to finish.' Inis 'Derek Landy has been something of a publishing phenomenon.' Irish Post... View more

Derek Landy is the author of the internationally bestselling Skulduggery Pleasant series. He doesn't like to brag about all the awards he's won, such as the Irish Book of the Decade, or the Red House in the UK, or all the other awards that he humbly displays on his mantelpiece. He is also far too modest to mention things like the first book being a Publisher's Weekly Best Book of the Year, but would like to extend an invitation to Oprah to pop around one day for tea, in thanks for selecting his book for the Oprah's Book Club Kids Reading List. Derek plays too many video games, reads too many comics, and watches too many movies. He lives in Ireland with too many cats and too many dogs. Occasionally he talks to real people, but only when he absolutely has to.
Close