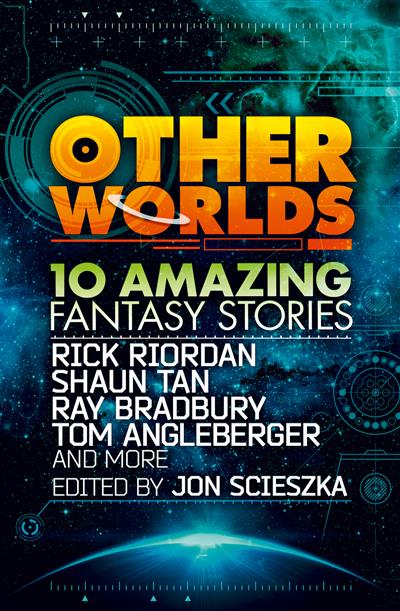 By Rick Riordan, By Neal Shusterman, By Ray Bradbury, By Tan, By Tom Angleberger

Loading...
Ten incredible trips into the unknown await you... Blast off with: - 'Percy Jackson and the Singer of Apollo' an all-new and exclusive tale from Rick Riordan author of 'House of View more
Save for later

Ray Bradbury (22 August 1920 - 5 June 2012) published some 500 short stories, novels, plays and poems since his first story appeared in Weird Tales when he was twenty years old. Among his many famous works are 'Fahrenheit 451,' 'The Illustrated Man,' and 'The Martian Chronicles.' Tom Angleberger is the author of the New York Times, USA Today, and Wall Street Journal bestselling Origami Yoda series, as well as Fake Mustache and Horton Halfpott, both Edgar Award nominees, and the Qwikpick Papers series. He is also the author of the transportation picture book McToad Mows Tiny Island. Tom lives with his wife, Cece Bell, in Christiansburg, Virginia. Shannon Hale is best-selling author of fifteen children's and young adult novels, including the popular Ever After High trilogy and the funny, action-packed series The Princess in Black, which are co-written by Dean Hale. Shannon and husband Dean live in Utah with their four children.
Close