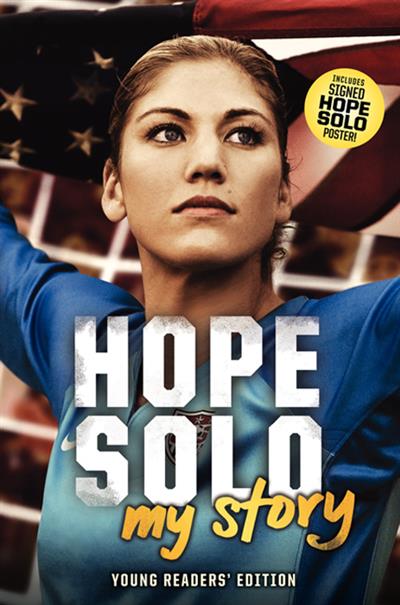 Loading...
The World Cup champion and double Olympic gold medalist shares her story in her own words!In this young readers' edition of Hope Solo's exciting life story, adapted from Solo: A View more
Save for later

Hope Solo, one of the most charismatic athletes in America, is widely regarded as the best women's goalkeeper in the world. A two-time Olympic gold medalist, she has been a member of the U.S. national team since 2000 and has appeared on the covers of Sports Illustrated and ESPN The Magazine. A prominent spokeswoman for Gatorade and Nike, she starred on the hit reality show Dancing with the Stars. She lives in Seattle, Washington. Ann Killion is a columnist with the San Francisco Chronicle. She has covered the past ten Olympics and the last three Women's World Cups for SportsIllustrated.com and the San Jose Mercury News.
Close