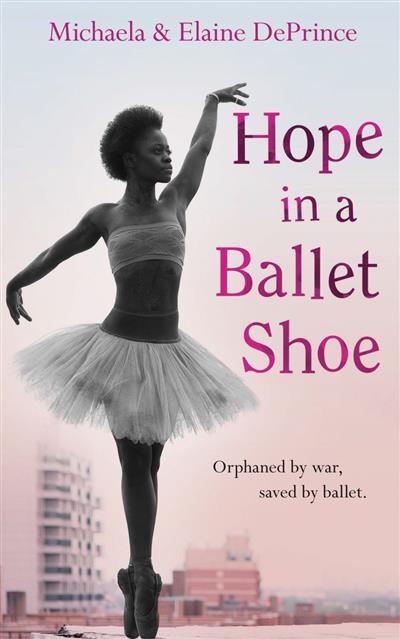 Hope in a Ballet Shoe: Orphaned by war, saved by ballet: an extraordinary true story

Loading...
Growing up in war-torn Sierra Leone, she witnesses atrocities that no child ever should. Her father is killed by rebels and her mother dies of famine. Sent to an orphanage, View more
Save for later

Michaela DePrince was born in 1995 in Sierra Leone. After the deaths of her parents, she moved to an orphanage from which she was adopted and taken to the US in 1999. Elaine DePrince, her new mother, noticed Michaela's obsession with ballet and allowed her to begin lessons. Michaela is now a professional ballerina, who danced principal with The Dance Theatre of Harlem, in guest principal roles in South Africa and The Netherlands, and is now just starting with The Dutch National Ballet.Michaela featured in the documentary First Position. Speaking out about her experiences, she is recognised throughout the world as an inspirational woman: she featured in Huffington Post's Most Amazing Young People of the Year and Newsweek's 125 Women of Impact. She has spoken at the United Nations for children affected by war and the Women in the World conference. Elaine DePrince is a graduate of Rutgers University, an author, and a former special education teacher. In 1999, after raising five sons, she took a leave of absence from law school to adopt a child from war-torn West Africa. She says the need was so great that she ended up with six West African daughters. She currently lives in New York City with her husband and five of her daughters, including Michaela.
Close