Library Browse TALES FROM THE SHADO... 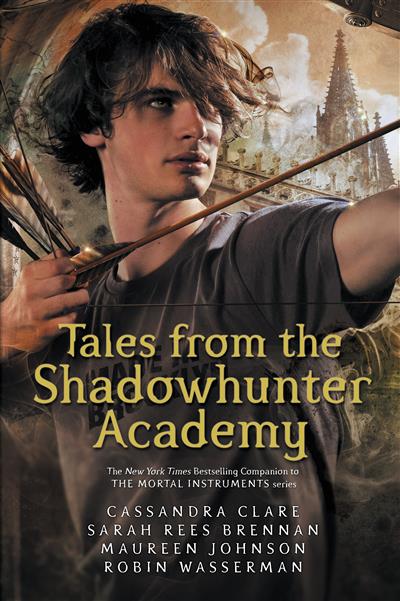 Tales from the Shadowhunter Academy

By Cassandra Clare, By Robin Wasserman, By Maureen Johnson, By Sarah Rees Brennan

Cassandra Clare is the author of the internationally bestselling Mortal Instruments, The Infernal Devices, The Bane Chronicles, The Shadowhunter's Codex and Tales from the Shadowhunter Academy. Her Shadowhunter world has captivated 40 million readers. The books have been translated into over 35 languages and have appeared globally on bestseller lists. The Mortal Instruments: City of Bones is a major movie and Shadowhunters is airing on Netflix. Cassandra lives in Massachusetts, USA. She is currently working on two new Shadowhunter series, The Dark Artifices and The Last Hours. Visit her online at CassandraClare.com. Learn more about the world of the Shadowhunters at UKShadowhunters.com. New York Times bestseller Sarah Rees Brennan is the author of the critically acclaimed Unspoken, a romantic Gothic mystery. The first book of her Demon's Lexicon series received three starred reviews and was an ALA Top Ten Best Book for Young Adults. She lives in Ireland. Visit her at SarahReesBrennan.com or follow her on Twitter @sarahreesbrenna. Robin Wasserman's teen novels include the Seven Deadly Sins series, the Cold Awakening trilogy, Hacking Harvard and The Book of Blood and Shadow. She is also the author of the middle grade series Chasing Yesterday. She lives in Brooklyn, New York. Visit her at www.robinwasserman.com or follow her on Twitter @RobinWasserman. New York Times bestseller Maureen Johnson is the author of over a dozen YA novels, including 13 Little Blue Envelopes, The Name of the Star and The Madness Underneath. Maureen was named one of Time magazine's top 140 people to follow on Twitter. Visit her at MaureenJohnsonBooks.com or follow her on Twitter @maureenjohnson.
Close