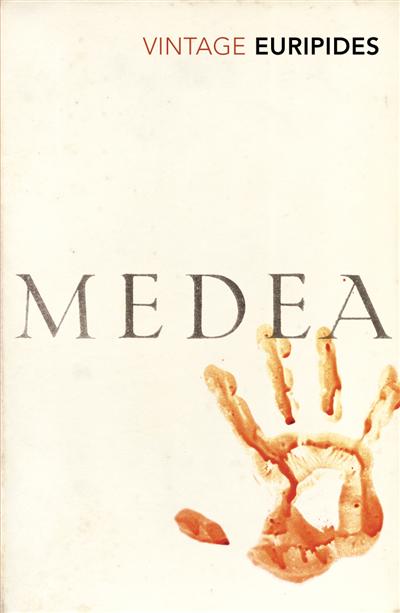 By Euripides, Translated by Robin Robertson

The greatest works demand constant re-translation to meet the changing culture of the age, and Robin Robertson has given us a Medea fit for our times; his elegant and lucid free translation of Euripid... View more

Euripides is thought to have lived between 485 and 406 BC. He is considered to be one of the three great dramatists of Ancient Greece, alongside Aeschylus and Sophocles. He is particularly admired by modern audiences and readers for his characterization and astute and balanced depiction of human behaviour. Medea is his most famous work. Robin Robertson is from the north-east coast of Scotland. He is the author of three collections of poetry: A Painted Field (1997), winner of the 1997 Forward Poetry Prize (Best First Collection), the Aldeburgh Poetry Festival Prize and the Saltire Society Scottish First Book of the Year Award; Slow Air (2002); and Swithering (2006). He is also the editor of Mortification: Writers' Stories of their Public Shame (2003). In 2004, he was named by the Poetry Book Society as one of the 'Next Generation' poets, and received the E. M. Forster Award from the American Academy of Arts and Letters. Robin Robertson's third poetry collection, Swithering (2006), was shortlisted for the 2005 T. S. Eliot Prize and won the 2006 Forward Poetry Prize (Best Poetry Collection of the Year). In 2013 Robin Robertson was awarded the Petrarca-Preis. He lives and works in London.
Close