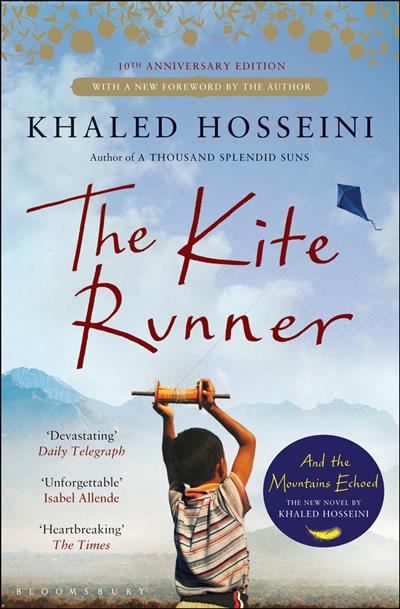 Loading...
The first of the defeated kites whirled out of control. They fell from the sky like shooting stars with brilliant, rippling tails, showering the neighbourhood. Amir and Hassan grow View more
Save for later

'Hosseini's ability to reach the core of experiences of love and loss places him in the company of such fine chroniclers of the new America as Chang-rae Lee. The Kite Runner is a first novel of unusua... View more

Khaled Hosseini is one of the most widely read and beloved novelists in the world, with over thirty eight million copies of his books sold in more than seventy countries. The Kite Runner was a major film and was a Book of the Decade, chosen by The Times, Daily Telegraph and Guardian. A Thousand Splendid Suns was the Richard & Judy Best Read of the Year in 2008. Hosseini is also a Goodwill Envoy to the United Nations High Commissioner for Refugees, the UN Refugee Agency and the founder of The Khaled Hosseini Foundation, a not-for-profit organisation which provides humanitarian assistance to the people of Afghanistan. He was born in Kabul, Afghanistan, and lives in northern California. khaledhosseini.com @khaledhosseini
Close