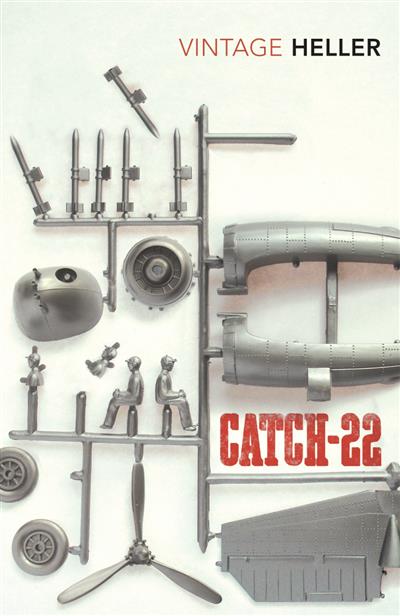 Loading...
**AS SEEN ON CHANNEL 4**Discover Joseph Heller's hilarious and tragic satire on military madness, and the tale of one man's efforts to survive it.It's the closing months of World View more
Save for later

Joseph Heller (Author) Joseph Heller was born in 1923 in Brooklyn, New York. He served as a bombardier in the Second World War and then attended New York University and Columbia University and then Oxford, the last on a Fullbright scholarship. He then taught for two years at Pennsylvania State University, before returning to New York, where he began a successful career in the advertising departments of Time, Look and McCall's magazines. It was during this time that he had the idea for Catch-22. Working on the novel in spare moments and evenings at home, it took him eight years to complete and was first published in 1961. His second novel, Something Happened was published in 1974, Good As Gold in 1979 and Closing Time in 1994. He is also the author of the play We Bombed in New Haven. Howard Jacobson (Introducer) Howard Jacobson has written sixteen novels and five works of non-fiction. He won the Bollinger Everyman Wodehouse Award in 2000 for The Mighty Walzer and then again in 2013 for Zoo Time. In 2010 he won the Man Booker Prize for The Finkler Question; he was also shortlisted for the prize in 2014 for J.
Close