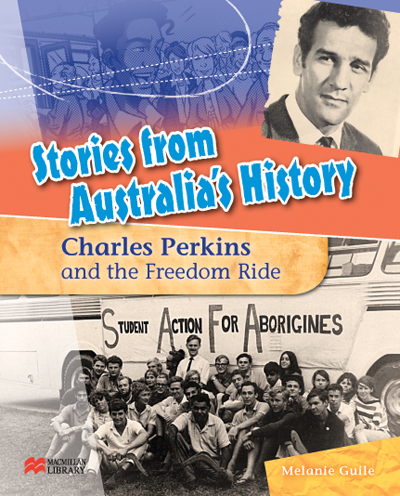 Loading...
Part of a unique, bestselling series that tells the stories of some defining moments in Australia's history. Combining conventional presentation and graphic-style re-enactments, View more
Save for later

Melanie Guile is an Australian author of approximately sixty books for children and adults. She works as a full-time writer based in Melbourne. Published works include non-fiction resource books for children, novels for younger readers, and adult history titles.She has won several literary awards including being awarded winner in the Primary category of the Australian Publishersa Associationas (APA) Australian Awards for Excellence in Educational Publishing for the Heinemann Library series Children in Australian History. Another title in this same series Little Felons was also recognised as a Notable Book in the Childrenas Book Councilas Eve Pownall Award for non-fiction. Melanieas series for primary students Stories from Australiaas History published by MacMillan Australia was shortlisted for the above APA award in 2010.
Close