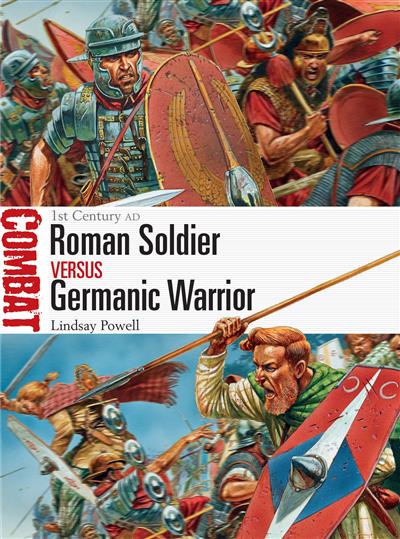 Loading...
Featuring full-colour artwork, specially drawn maps and an array of revealing illustrations depicting weapons, and equipment, this book offers key insights into the tactics, View more
Save for later

Lindsay Powell is news editor of Ancient Warfare magazine and author of Eager for Glory: The Untold Story of Drusus the Elder, Conqueror of Germania (Pen and Sword, June 2011) and Germanicus: The Magnificent Life and Mysterious Death of Rome's Most Popular General (Pen and Sword, January 2013). His articles on armies and warfare of the Roman period have appeared in Exercitus, Military Heritage, Strategy & Tactics and on UNRV.com. He is a veteran of the acclaimed Ermine Street Guard re-enactment society. He divides his time between Texas and the UK. Peter Dennis was born in 1950. Inspired by contemporary magazines such as Look and Learn he studied illustration at Liverpool Art College. Peter has since contributed to hundreds of books, predominantly on historical subjects, including many Osprey titles. A keen wargamer and modelmaker, he is based in Nottinghamshire, UK.
Close