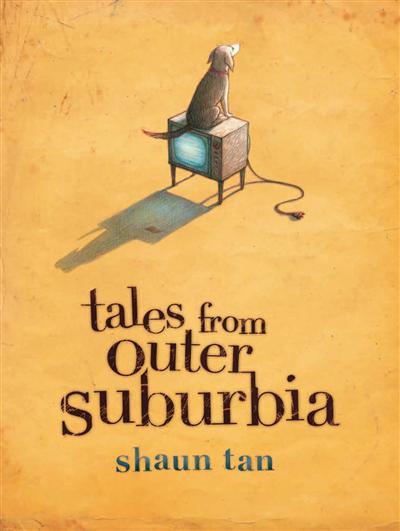 Loading...
Do you remember the water buffalo at the end of our street? Or the deep-sea diver we found near the underpass? Do you know why dogs bark in the middle of the night? Shaun Tan, View more
Save for later

Shaun Tan has been illustrating young adult fiction and picture books since 1996 and is recognised as a leading creator of 'sophisticated picture books'. The Lost Thing, 2000, described as Gary Larson meets Jeffrey Smart, contrasts the casual 'What I did on my holidays' narrative with bizarre, freakishly surreal scenes. In 2002 The Red Tree won Patricia Wrightson Award, NSW Premier's Literary Awards and was an Honour Book in the 2002 CBCA awards In 2007 Shaun's brilliant wordless book, The Arrival won The NSW Premier's Book of the Year and the Community Relations Commission Award, the 2007 CBCA Picture Book of the Year Award and achieved a Special Mention in the prestigious Bologna Ragazzi Award. Shaun's honours include the International Illustrators of the Future Contest (1992, the Spectrum Gold and Silver Awards, the Aurealis and Ditmar Awards for Australian Science Fiction and Fantasy, and the 2001 World Fantasy Award as Best Artist.
Close