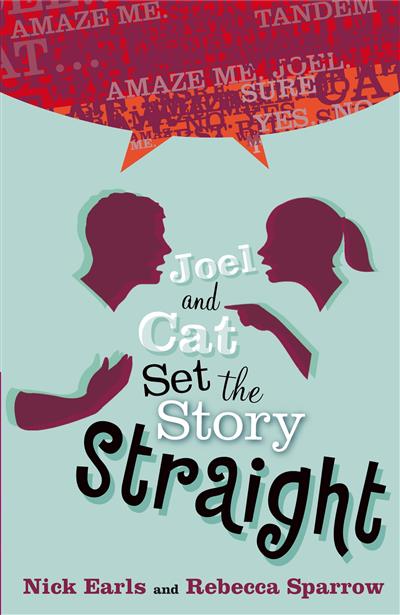 By Nick Earls, By Rebecca Sparrow

Loading...
Cat and Joel are definitely not friends, Cat hates Joel because she thinks she saw him cheating on her best friend, and Joel hates Cat because she broke them up. It's only thanks View more
Save for later

Nick Earls (Author) Nick Earls is the author of 20 books including the bestselling novels Zigzag Street, Bachelor Kisses, Perfect Skin and World of Chickens. His work has been published internationally in English and in translation and has won awards in the UK and Australia. Five of his novels have been adapted into plays and two into feature films. He was the founding chair of the Australian arm of the international aid agency War Child and a War Child ambassador. Rebecca Sparrow (Author) Rebecca Sparrow was born in 1972 and lives in Brisbane. She holds a Bachelor of Business (Communication) from the Queensland University of Technology. Over the past twenty years Rebecca has earned a living selling touch lamps, working as a nanny, a travel writer, a television publicist, a marketing executive, a magazine editor, a newspaper columnist and a secret shopper (once). Rebecca's first novel, The Girl Most Likely, was published in March 2003. It spent 16 consecutive weeks in the Queensland Top Ten and was a joint winner for the citywide One Book One Brisbane reading campaign. Rebecca's second novel, The Year Nick McGowan Came To Stay was published in May 2006 and a year later premiered as a stage play at La Boite Theatre in Brisbane. In her spare time Rebecca works voluntarily with War Child Australia, a not-for-profit organisation dedicated to providing immediate, effective and sustainable aid to children affected by war.
Close