Library Browse SPECKY MAGEE AND THE... 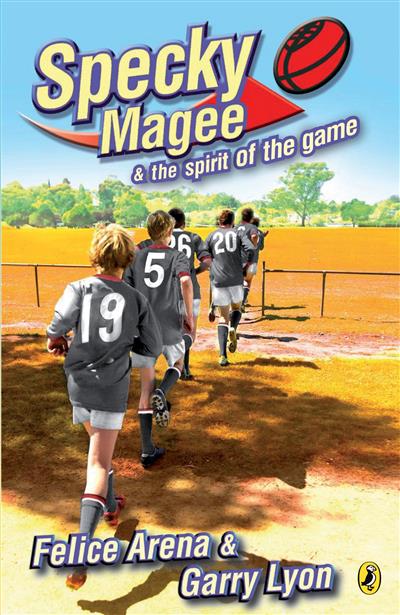 Specky Magee and the Spirit of the Game

By Felice Arena, By Garry Lyon

Loading...
I tell you what, they're turning it on here today, folks. They're putting on a ring-a-ding-ding contest . . . And who is that lad in the number five guernsey? Specky can't wait to View more
Save for later

Felice Arena (Author) Felice Arena is one of Australia's best-loved children's writers. He is the author and creator of many popular and award-winning children's books for all ages, including the acclaimed historical adventures The Boy and the Spy, Fearless Frederic and The Great Escape, the bestselling Specky Magee books and the popular Andy Roid and Sporty Kids series. Garry Lyon (Author) Garry Lyon debuted with the Melbourne Football Club in 1986, at 18 years of age. He retired 14 years later with Best and Fairest and Leading Goal Kicker awards, Victorian and All Australian selections, and 226 games under his belt. He captained the Demons for seven years, as well as Victoria, and coached the Australian International Rules Team for four years. He is now a football columnist for The Age, commentator for Triple M and the host of Channel 9's football programs The Footy Show and Footy Classified.
Close