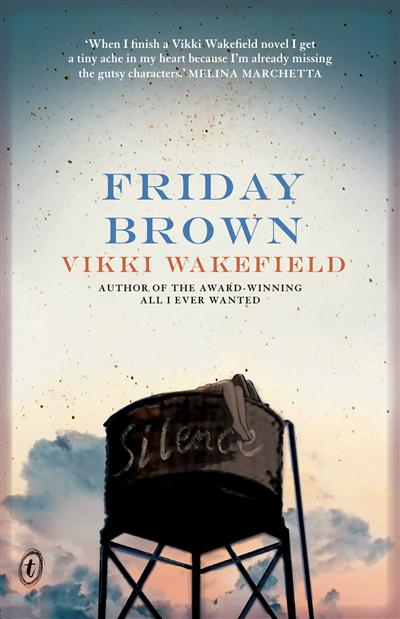 Loading...
Seventeen-year-old Friday Brown is on the run-running to escape memories of her mother and of the family curse. She's lost, alone and afraid. Silence, a street kid, finds Friday View more
Save for later

Vikki Wakefield's first young adult novel, All I Ever Wanted, won the 2012 Adelaide Festival Literary Award for Young Adult Fiction, as did her second novel, Friday Brown, in 2014. Friday Brown was also an Honour Book, Children's Book Council of Australia, 2013. Among other awards, it was shortlisted for the prestigious Prime Minister's Awards, 2013. Her new novel, Inbetween Days, will be published in October 2015. Vikki lives in the Adelaide foothills with her family.
Close