Library Browse THE SHADOW OF THE WI... 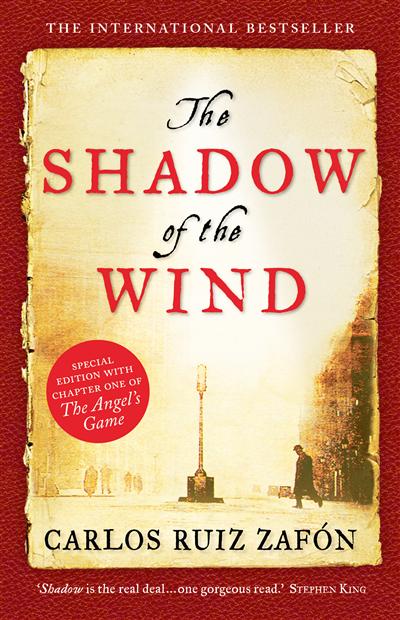 The Shadow of the Wind

Loading...
Barcelona 1945: young Daniel Sempere is taken to a fabulous secret library called the Cemetery of Forgotten Books where he is told he must 'adopt' a single book, promising to care View more
Save for later

The Cemetery of Forgotten Books

Carlos Ruiz Zafon was born in Barcelona in 1964 and attended university there. He worked as a screenwriter in Los Angeles for ten years before the publication of his fifth book, The Shadow of the Wind, in 2001. It has been translated into over 40 languages and was a finalist for the Premio Fernando Lara. Ruiz Zafon is now a full-time novelist and regular contributor to the newspapers El Pais, La Vanguardia and El Mundo. He lives in Barcelona.
Close