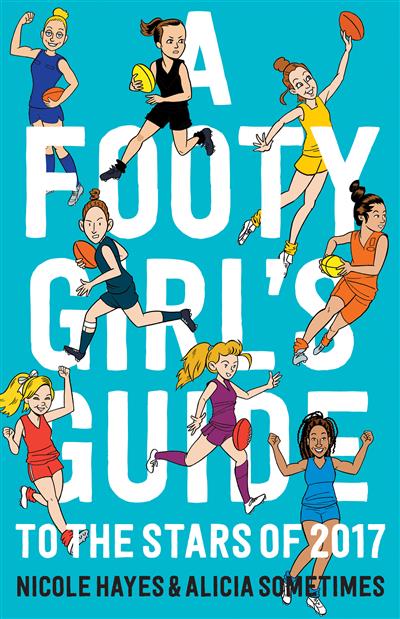 A Footy Girls Guide to the...

By Nicole Hayes, By Alicia Sometimes

Loading...
To celebrate the first-ever elite women's competition, A Footy Girl's Guide to the Stars of 2017 showcases some of the key players to look out for, and reveals how they made it to View more
Save for later

Nicole Hayesas debut release, The Whole of My World (2013), is a Young Adult novel and the first aoefooty novela to feature a teenage girl. It was longlisted for the 2014 Gold Inky and shortlisted for the 2014 YABBAs. Her second novel, One True Thing (2015), was awarded the 2015 Childrenas Peace Literature Award. She bleeds Brown and Gold, which youad know if you followed her on Twitter: @nichmelbourne.
Close