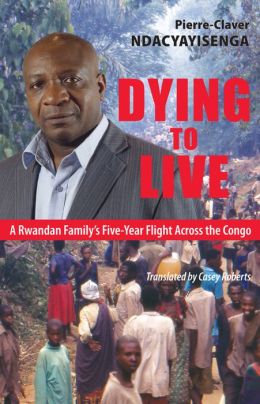 Dying to Live: A Rwandan Family's Five-Year Flight Across the Congo

Loading...
Pierre-Claver Ndacyayisenga was teaching history in Kigali, Rwanda, when he was forced to flee to the neighboring Congo with his wife and three children. Thus began a harrowing View more
Save for later

Pierre-Claver Ndacyayisenga is a former history professor at the Lycee de Kigali, Rwanda. He and his family were forced to flee the country in 1994. Casey Roberts is an award-winning translator and editor. He is the recipient of the John Glassco Prize awarded by the Canadian Literary Translators Association for his translation of the YA novel Break Away 1, Jessie on My Mind. They live in Montreal. Phil Taylor hosts the Taylor Report at CIUT, Toronto. For ten years he was investigator for human rights lawyers including former US Attorney General Ramsey Clark and the late Charles Roach.
Close